In the case of February's piece, an editor and I were trying to figure out how to weave together a 'green' theme (in anticipation of Saint Patrick's Day) and some insights into how the natural world deals with winter. Hence, a column on evergreen plants and their adaptations to winter. 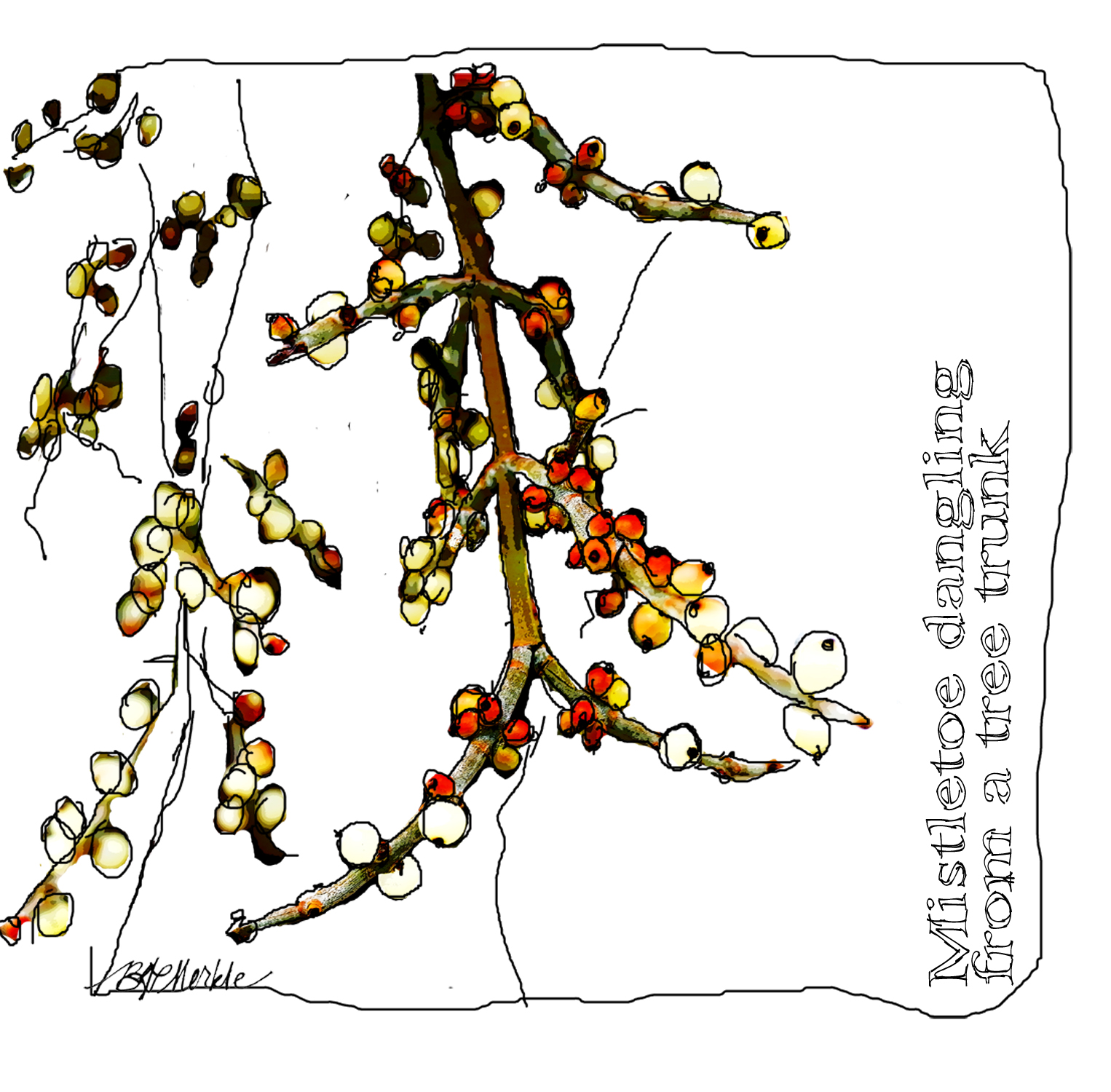 For one thing, The mistletoe under which hopeful romantics loiter at Christmas time is actually a complicated plant with an extensive history. It turns out  that while there are numerous species in Santalaceae family, only two species serve the cultural functions which imbedded mistletoe in holiday lore.

Traditions dating back at least as far as the Celts, Gauls, and Greco-Romans attribute European mistletoe (Viscum album) with a host of talismanic powers. Incidentally, it wasn't until the 16th century that the tradition of kissing under a cluster of festive mistletoe became widespread. 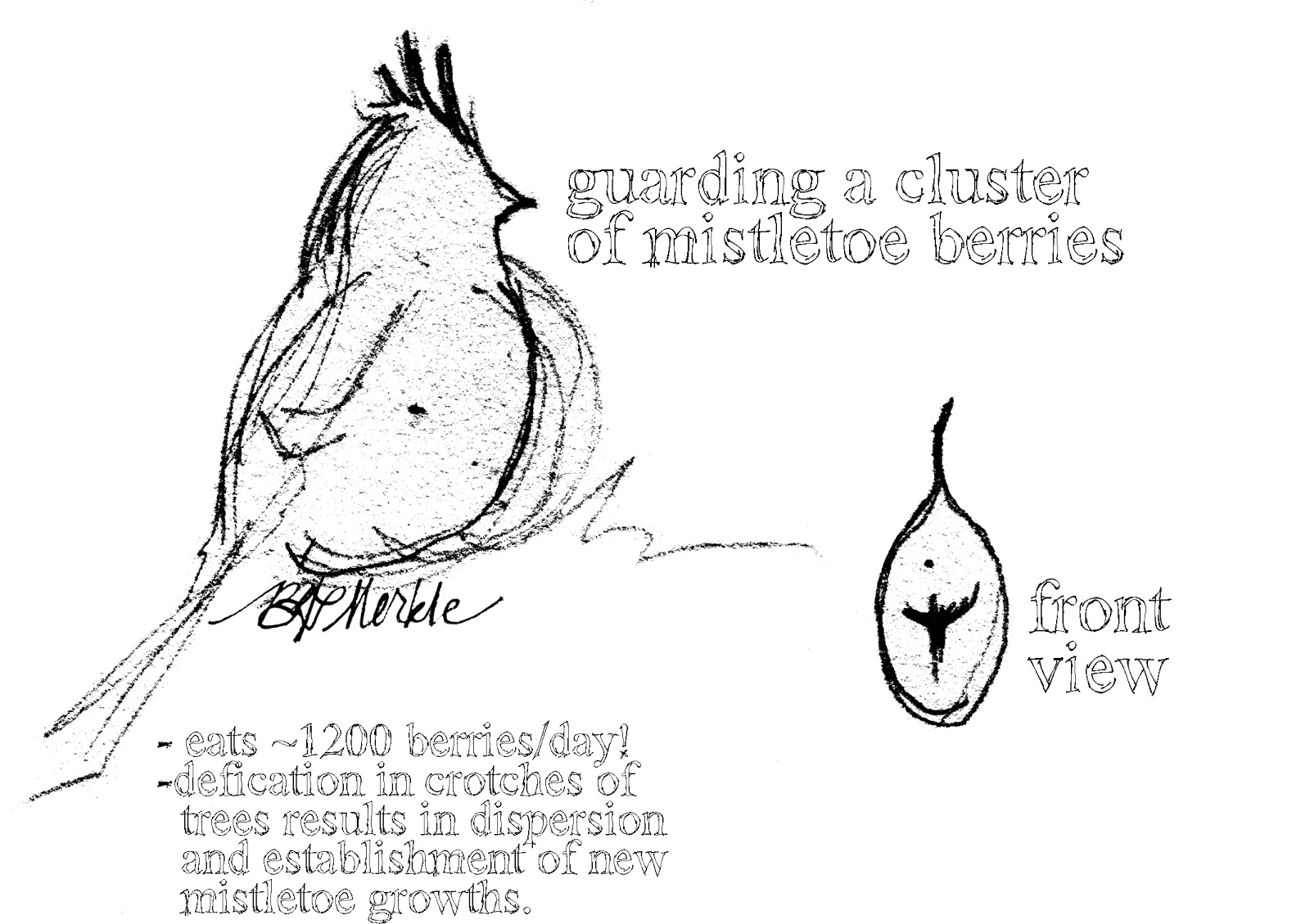 Here in North America, American mistletoe (Phoradendron leucarpum) serves in Viscum album's stead. I had the happy opportunity to observe a lot of mistletoe while in Arizona in December and January. During the winter, hordes of phainopepla (a shiny black medium-sized bird with an astonishing capacity for mimicry and eating - 1,000+ mistletoe berries per day) flock to the mistletoe growing on live oaks and other host species in desert riparian areas. These birds' territoriality and voracious appetites lead to dense mistletoe growth.
Posted by Unknown at 2:44 PM