Although 5,177 km separate Quebec City and La Rochelle, France, the two cities have had a close connection for 406 years. Champlain had likely sailed from the La Rochelle port more than once prior to the fateful 1608 departure that led to the founding of Quebec City. 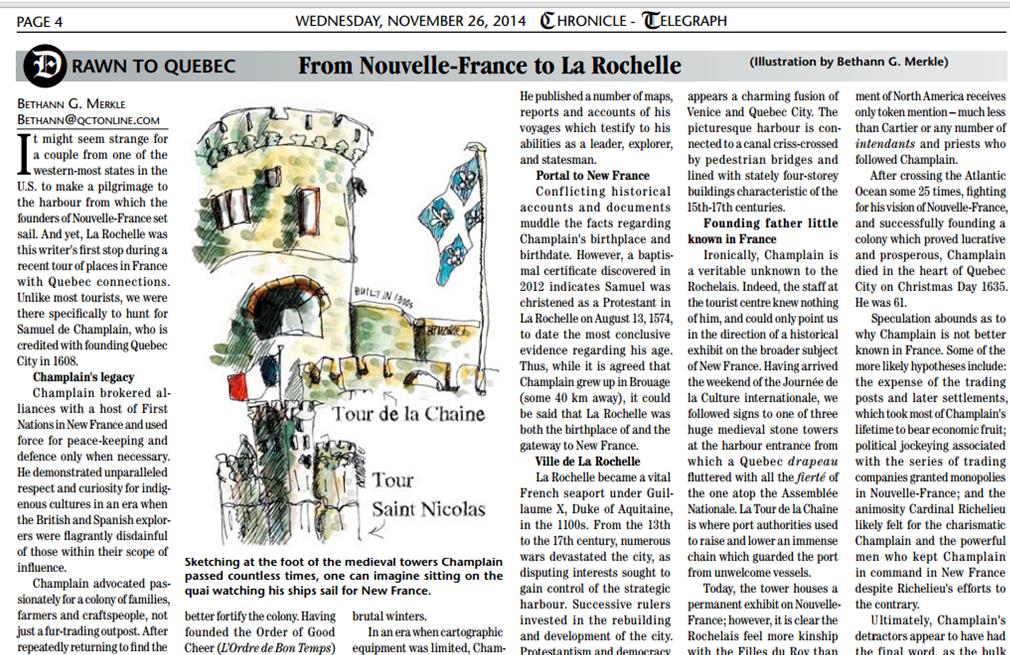 The November 2014 column in the QCT highlights Champlain's home port, and provides loads of detail on what the city was like in his era. And of course, since I was lucky enough to spend two days exploring the city in September, the article also details some of the sights modern visitors can enjoy. Below are a couple of additional sketches I did while soaking in the sensation of walking in Champlain's footsteps. 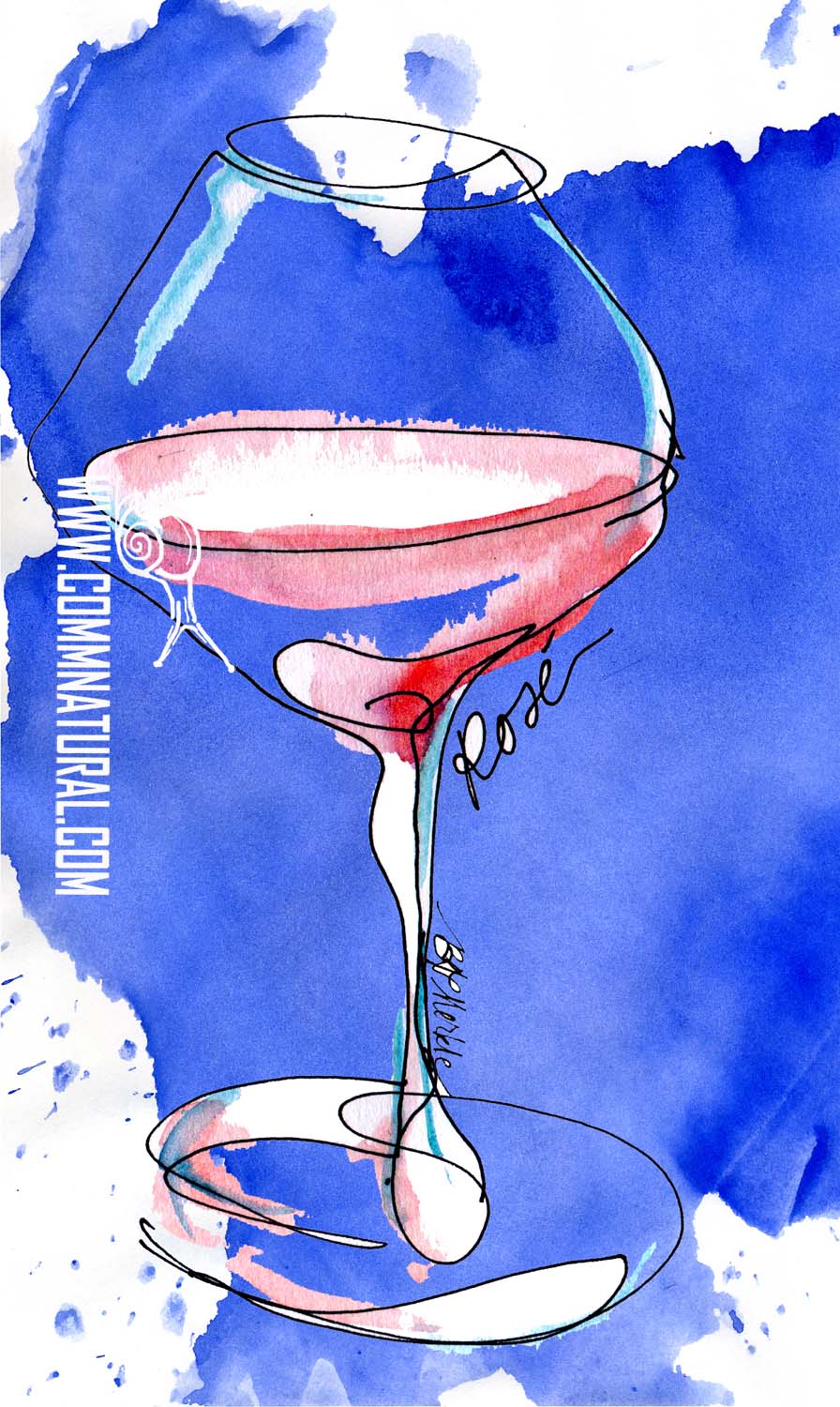 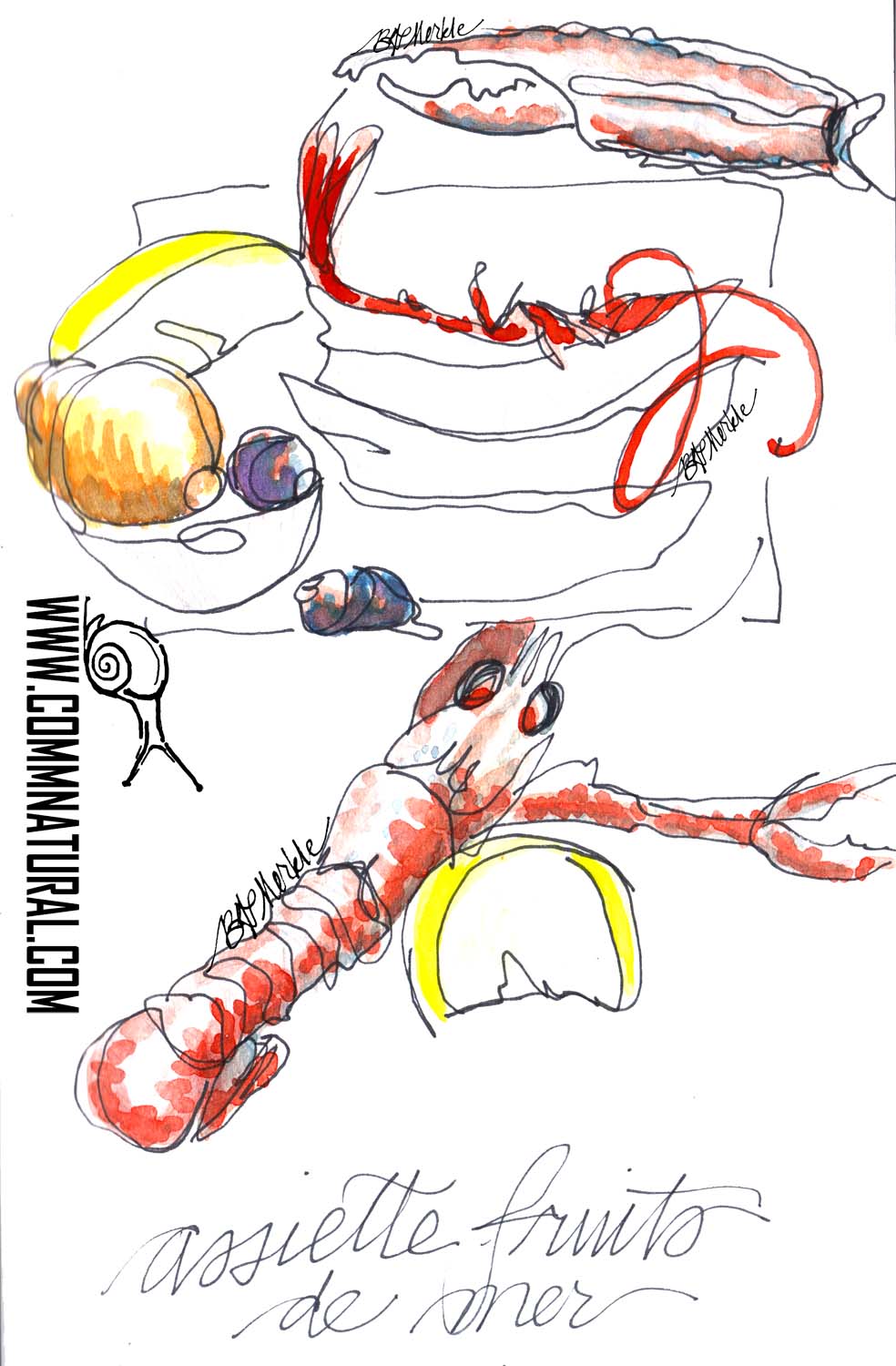