Sometimes, the heat and humidity of summer in Quebec City seems unbearable. But, watching tomatoes ripen in a pot on the balcony, or perusing the season's bounty at farmers markets and neighborhood épiceries makes up for the sweltering temperatures. 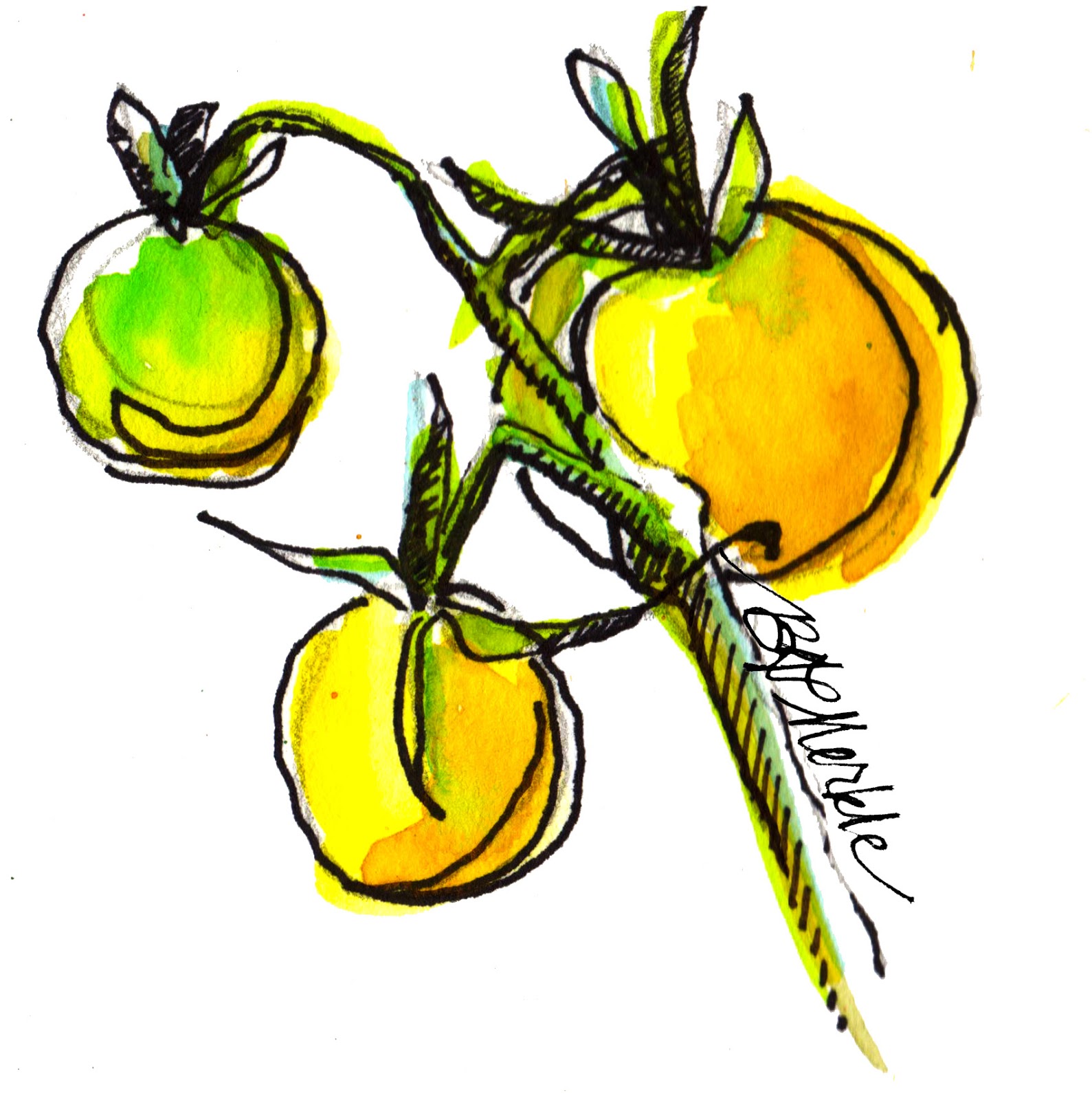 This week's column introduces two uncommon summer fruits - tomatoes being more commonly called vegetables, after all. The second fruit I focused on was the serviceberry, one of 20 species in the Amelanchier genus. This native shrub/tree family occurs across most of Canada and much of the U.S. With it's colorful and tasty fruits, it is a favorite of humans and wildlife alike.

In addition to the illustrations and insights into these fruits, this week's column also offers a tip for sketching outdoors. See the article for a brief description of shadow drawing, which essentially involves tracing the shadow cast by your subject. This is a particularly useful technique for getting basic proportions and placements correct when drawing plants.

Even better, check out the advance version of my new Sketching and Field Journal Basics: A beginner's guide. The shadow drawing technique is explained in detail, along with several other fundamental methods.
__________________________________________
NITTY GRITTY
Theses sketches are outtakes from this week's column. Click here to read the whole series. 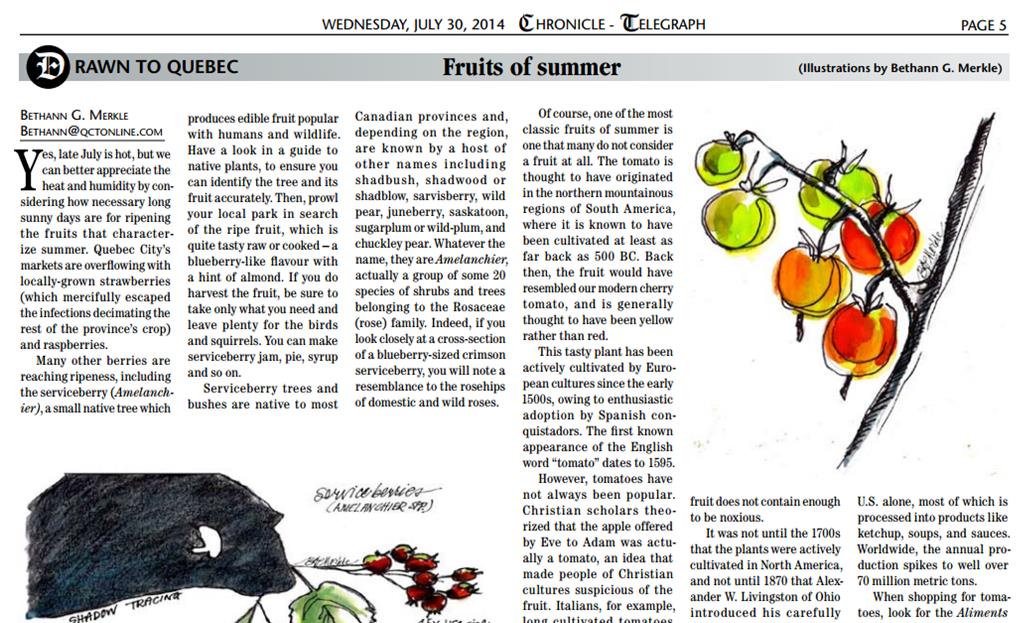 Everyone can sketch. Even you.

Actually, you were born knowing how to draw, and humankind’s ability to draw goes back even further. Archaeological records indicate that  drawing was the first visual representation method.

That being said, modern drawing basics are learned, not inherited.
Fundamental skills, techniques, and knowledge of different media (ex: watercolors, pencils, pen and ink) can be taught, practiced, and improved upon.

That is why I offer personalized workshops and lessons.