I've been visiting exhibits at the Villa Bagatelle regularly since I discovered it shortly after moving to Quebec City. 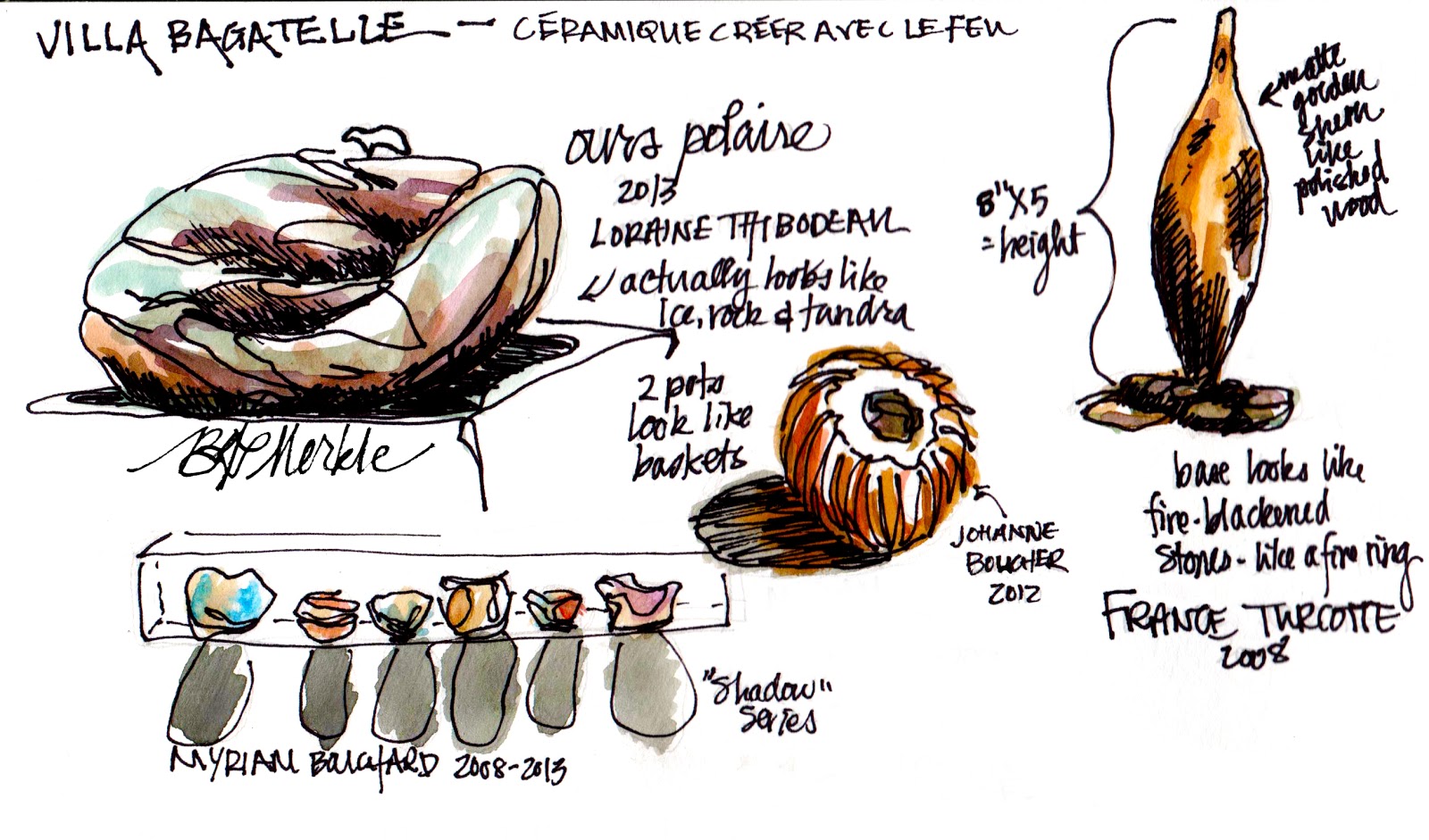 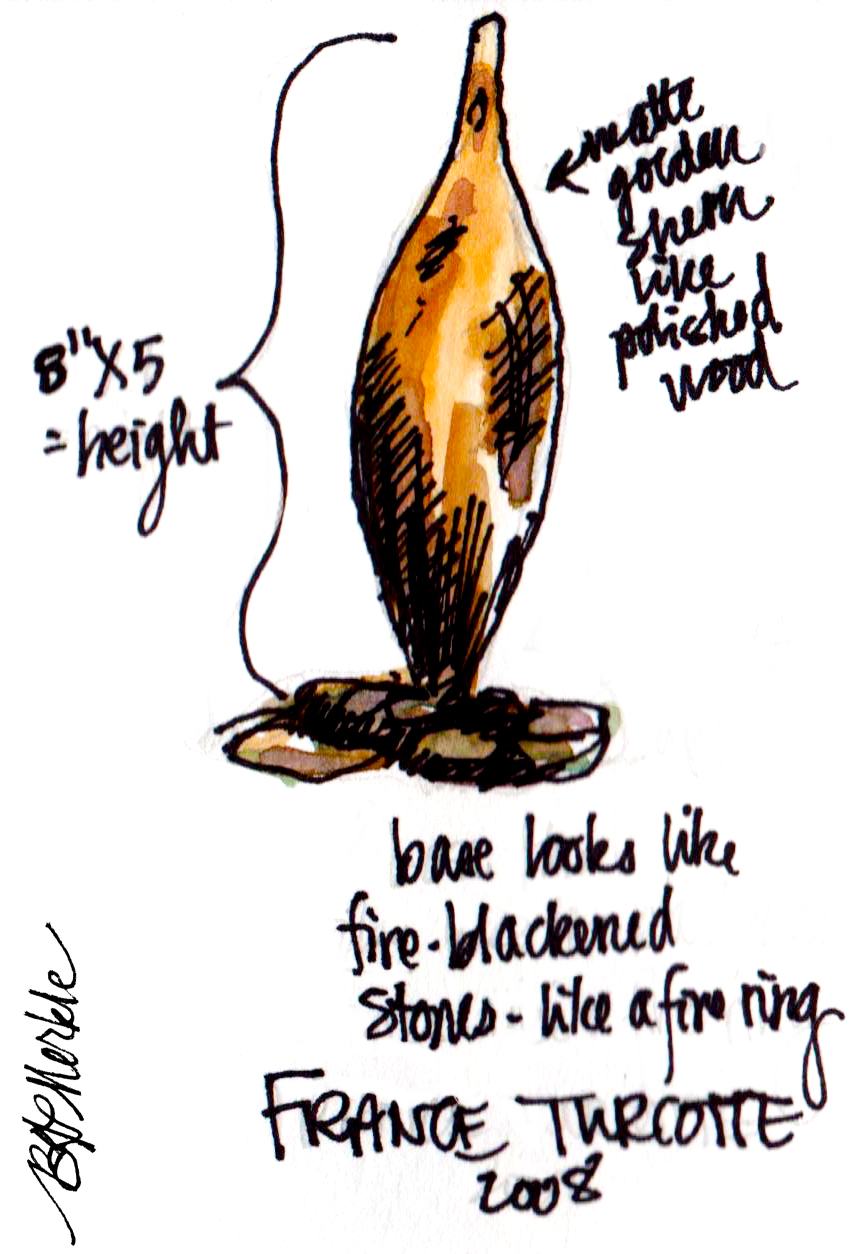 The quaint little house on the far northwest corner of the Domaine Bois-de-Coulonge is one of my favorite galleries in the city, thanks to its staff's sophisticated curation of art and history emphasizing Quebec artists.


The Villa's current exhibit cemented the gallery's position at the top of my list.
"Ceramics created with fire" is a whimsical and compelling tour of the possibilities inherent in clay working. Sculptures of geisha's several feet tall are metallic and modern (thanks to the raku process). A pair of large bowls appear to have been woven from fiber, rather than carved from clay, while a trio of vases required second and third looks before I was convinced they had been made of clay rather than carved from wood.

Several pieces on the main floor most captured my imagination: 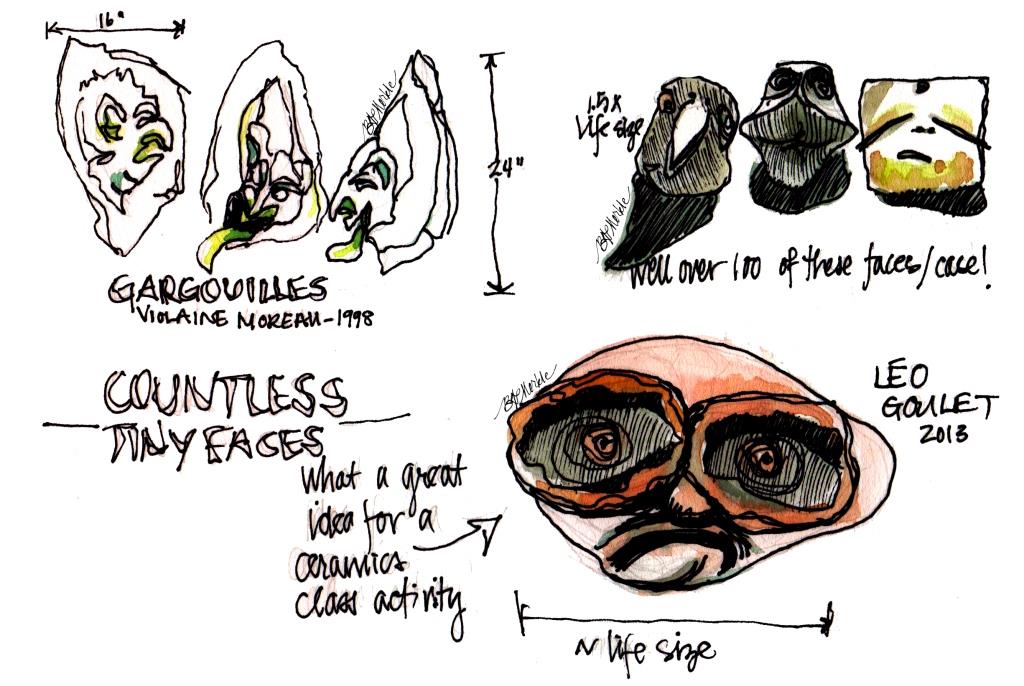 
NITTY GRITTY
Theses sketches are outtakes from those featured in this week's column. Click here to read the whole series.

They were made with a combo of graphite (quick base drawings), watercolors, and a permanent fine-line Sharpie marker. That marker accounts for the particularly bold and dark lines in these sketches, and also helps ensure the watercolors don't blur the ink into a muddy mess.

Actually, you were born knowing how to draw, and humankind’s ability to draw goes back even further. Archaeological records indicate that  drawing was the first visual representation method. 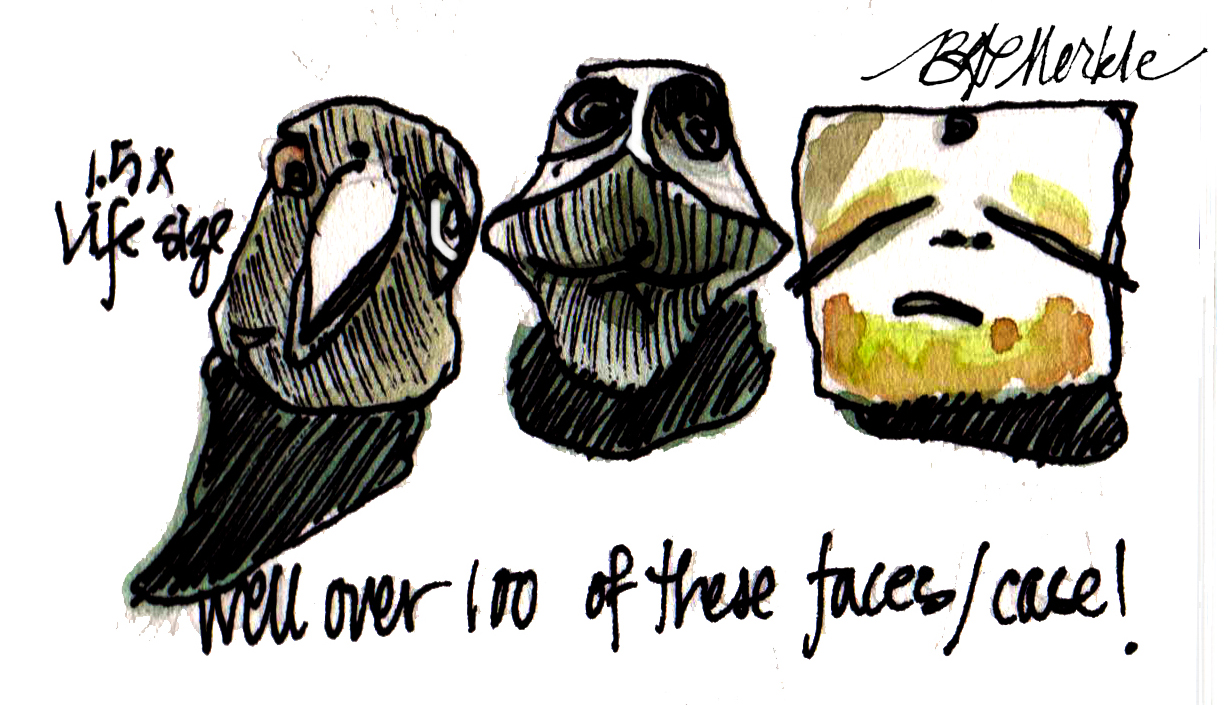 That being said, modern drawing basics are learned, not inherited.
Fundamental skills, techniques, and knowledge of different media (ex: watercolors, pencils, pen and ink) can be taught, practiced, and improved upon.

That is why I offer personalized workshops and lessons.

Email ThisBlogThis!Share to TwitterShare to FacebookShare to Pinterest
Labels: Behind the scenes of the Drawn to Quebec column, location sketch, pen and ink, Quebec City, Sketchbook snapshot, Sketches, watercolor